By House of Ideas Team

If you’re a content creator, sponsored content is one way you can earn some money. Although many bloggers and influencers think they need a huge following to garner brand sponsorship, it’s possible as long as you have a loyal, engaged following, even with just a few thousand followers. However, when you are working with brands, it’s important to ensure that you’re following all the guidelines from the Federal Trade Commission.

The FTC exists to help protect consumers. This doesn’t mean that they care about sponsored content because it is deceiving. Rather, the FTC wants to ensure that your followers understand the difference between a product that you found naturally and one that you’re being paid to promote.

What About Non-Paid, Product-Only Sponsorships

Although some influencers think that they only need to disclose sponsorships if money exchanges hands, this isn’t the case. The FTC does not see a distinction between partnerships sponsored with money and partnerships sponsored with products. The rule of thumb is, if a brand is providing cash or products in exchange for a blog post, Instagram image or story, you need to disclose it.

#Ad Vs #Sponsored Vs #BrandPartner & #BrandAmbassador

The FTC doesn’t seem to have a preference over #ad or #sponsored. Some influencers prefer to use #sponsored for product based partnerships and #ad for paid sponsorships.

The FTC says that as long as you use one of them, that is enough. However,  you should definitely put these hashtags either at the beginning or the end of your hashtag list so they’re not buried within a long list of hashtags. It’s also not good enough to attach ‘ad’ to the brand’s name.

Newer disclosure hashtags are #brandpartner and #brandambassador. These are also fine to use, according to the FTC, but using #partner or #ambassador alone is considered too ambiguous.

How to Find Out More About Sponsored Content Rules

While it’s unlikely that the FTC will concern itself with smaller bloggers and influencers (they’re mainly looking at Kardashian level followings), it’s still vital that you follow all their rules and guidelines. Staying current as rules change will help ensure that you don’t have to worry about misleading your followers with sponsored content. 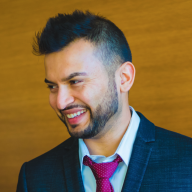 Editorial Team at SEO-powered WordPress Hosting by House of Ideas